Are you located in the United States?

Find hearing clinics in my country:

A message from Audiology First about COVID-19:

We are open and fully operational to serve you better, while following all mandated guidance from the Alberta College of Speech Language Pathologists and Audiologists (ACSLPA), as well as provincial , and municipal mandates. Masks are required inside our office for all visitors regardless of vaccination status. Please call us to book your next appointment and to learn more information.

Glenn Hole and his wife Deanna Hole became the new owners of Audiology First in March 2022.

Glenn has been at Audiology First since it opened in 2015. Under the mentorship of Dr. Thomas Copps, one of Alberta's most experienced Audiologists, Glenn has helped Audiology First become Lethbridge's center for excellence in hearing care.

Glenn graduated with a bachelor's degree (hons) from the University of Bristol, England (2009), and subsequently completed a Masters of Clinical Audiology from Salus University, Pennsylvania.

Glenn comes from a hospital audiology background, working as an NHS (National Health Service) audiologist at both the Royal United Hospital in Bath, and Musgrove Park Hospital in Taunton. Glenn has also received instruction and training at Southmead Hospital and St. Michael's Hill Audiology departments, at Salus University in Pennsylvania USA, and the University Medical Center Cochlear Implant program, Miami USA. Glenn is a published researcher with interests in psychoacoustics, hearing aid technology, tinnitus and hyperacusis.

He has given a number of lectures at the Deaf and Hard of Hearing Society in Calgary, and at the Lethbridge Seniors Community Organization (LSCO). 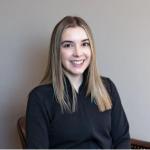 Ashley Mior earned a Bachelor of Arts with Honours in psychology from Lakehead University and then graduated from the Masters of Clinical Sciences Audiology program at Western University.

Ashley is highly regarded by her patients and colleagues for her attention to detail and her trusted diagnostic abilities. Her patients report being reassured that they are being both understood and treated with their specific needs in mind. 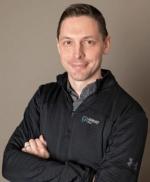 Joseph Tomlinson joined Audiology First in January 2022. Joseph and his wife are the parents of a child who was born with a significant hearing loss. This provides him with a unique, first hand perspective on the effects and challenges of living with a hearing loss. 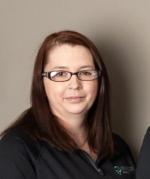 Chelsea Flahr joined Audiology First in February 2020, and provides us with essential customer service and administrative support. Chelsea has a great sense of humor and a welcoming attitude towards all of our clients.

A hearing aid user herself, Chelsea has a real understanding of life with hearing loss. For that reason, she is able to provide empathy, encouragement and optimism to those adapting to the challenges of living with a hearing problem. 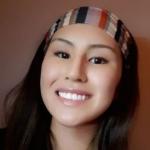 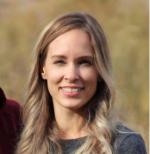 Deanna Hole is responsible for many of the behind-the-scenes tasks that keep Audiology First running smoothly.

Thomas (Tom) Copps is retired from clinical practice, but still provides knowledge and support to the team at Audiology First.

Tom gained tremendous experience working in a variety of clinical settings and is a specialist in auditory processing and neuroscience, along with the latest in hearing aid technology.

Click on the orange button above and tell others about your experience at Audiology First to help them find the hearing care they need.

At Audiology First, you will receive expert hearing health care by our experts in audiology. We are a locally owned and operated clinic and provide the latest in hearing aid technology in order to ensure you achieve your hearing healthcare goals.

We offer a clean clinic at a convenient location, with ample free parking and excellent accessibility. Be sure to call us today to book your next appointment.

We offer a wide range of products and services including:

Disclaimer: This clinic profile is for general information purposes only.