Are you located in the United States?

Find hearing clinics in my country: 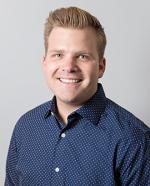 Born and raised in Lloydminster, Terry has worked in the hearing healthcare field since the early 2000s. He started his professional hearing healthcare career in 2007 after graduating from MacEwan University’s Hearing Aid Practitioner program.

After practicing for two years as a Registered Hearing Aid Practitioner at his parent’s hearing healthcare practice (Lloydminster Hearing Centre) he decided to further his education by pursuing his Masters Degree in Audiology, aspiring to provide competent and comprehensive hearing healthcare to his clients and his community.

In October 2015 he was presented with the Canadian Academy of Audiology Student Award, which is given to an outstanding audiology student in Canada for academic or clinical excellence, outstanding research, and community service.

Terry is Lloydminster’s first full-time Clinical Audiologist and he strives to provide his community with the highest standard of hearing healthcare. 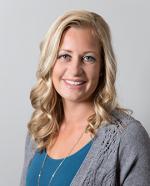 Lauren Turner (Noyes) was born and raised in Lloydminster. She was introduced to the hearing healthcare industry by her brother-in-law, Terry Sokalofsky, and in 2012 she decided to make it her professional career. 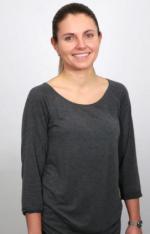 Born and raised in Winnipeg, Manitoba, Kristin, is an Audiologist who is passionate about the field of audiology.  She earned her Masters of Clinical Sciences in Communication Sciences and Disorders (Audiology) from Western University in 2021.

Kristin is highly regarded by her clients and colleagues for her thorough work ethic and trusted diagnostic abilities. Her focus on client-centered care is evident to all that have the pleasure of knowing her. 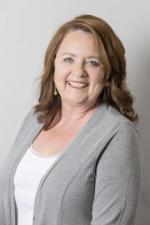 Kim was born and raised in Lloydminster, and she has worked in the hearing healthcare industry for over 25 years.

When not at work, Kim enjoys painting, baking, cooking, and spending quality time with her two sons and their families. She also spends many summer weekends at Turtle Lake with her family and fishing whenever possible. 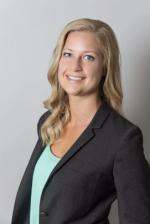 Fortunate to grow up in a family whose roots are planted firmly in Lloydminster, Kylie knew it was the community she wanted to make her home. After graduating from the University of Saskatchewan with a Bachelor of Arts degree (B.A.) in Psychology in 2011, followed by a Bachelor of Science degree (B.Sc.) in Nutrition and Dietetics in 2012, Kylie pursued her career as a registered dietitian at the Lloydminster Hospital for almost 10 years. 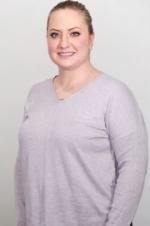 New to the world of audiology, Jamey has a keen interest in the profession and seamlessly builds great rapport with every client who walks through the door. Her bubbly personality is contagious and is sure to brighten your day! 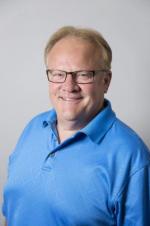 Born and raised in Lloydminster, Sandy has over 25 years of experience in the hearing healthcare industry.

He received his training from Grant MacEwan University as a hearing aid practitioner, finishing in 1993. In 1994, he relocated to Lloydminster with his family and opened Lloydminster’s first hearing healthcare practice with his wife Kim Sokalofsky – the Lloydminster Hearing Centre.

In his free time, Sandy enjoys spending time outdoors gardening, fishing, and woodworking. He also has a passion for collecting stamps and coins and spends a lot of time at Turtle Lake with his family.

Click on the orange button above and tell others about your experience at Acoustic Audiology & Hearing to help them find the hearing care they need.

Are you ready to hear better today?

At Acoustic Audiology & Hearing, we are a family-owned and operated hearing facility serving Lloydminster for over 25 years! We lead by using innovative, cutting-edge hearing technology and exceptional personal care.

We realize that it is not about hearing loss, it is about engaging with the world around us. Hearing loss affects everyone differently, bringing unique challenges and obstacles to everyone involved.

Our team strives to find personalized hearing solutions by combining our expertise and experience in our practice. Our goal is to empower people so they can enjoy a richer, healthier life and reconnect with those that matter most. Call us today to book your next appointment.

Disclaimer: This clinic profile is for general information purposes only.